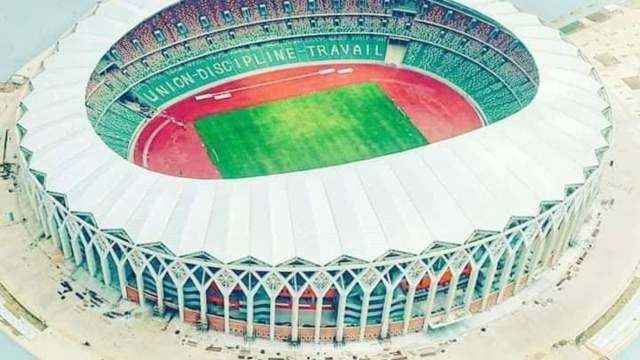 Ivory Coast inaugurated Saturday its new 60,000-seat Olympic stadium, built with the help of China, in Ebimpe, on the outskirts of Abidjan, in preparation for the African Cup of Nations soccer in 2023.

The ceremony, with a great show of dance and music, took place in the presence of 50,000 people, according to the organizers – including Ivorian President Alassane Ouattara, who is seeking a controversial third term in the October 31 presidential election.

The president said he was “proud and happy of this Sino-Ivorian cooperation” for “this architectural jewel”.

The Ebimpe stadium will be the largest in Ivory Coast, replacing the Houphouët-Boigny stadium located in the center of Abidjan.

It will host the opening match and the final of the 2023 Africa Cup of Nations.

The stadium and ancillary facilities (swimming pool and Olympic city, hotel …) cost 218 million euros, according to Ivorian authorities, with counterpart funding from China, which has a strong economic…