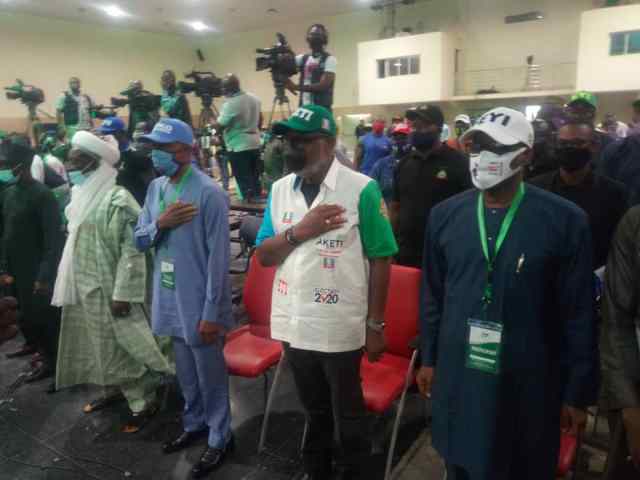 TEN of the seventeen governorship candidates participating in the Saturday’s election in Ondo state have signed a peace pact to ensure violence-free election with a promise to accept its outcome.

The three major candidates that signed the peace accord include, Rotimi Akeredolu of the All Progressive Congress APC, Eyitayo Jegede of the Peoples Democratic Party PDP, Agboola Ajayi of the Zenith Labour Party ZLP and seven others.

The signing of the peace pact which took place in Akure, the Ondo state capital was facilitated by National Peace Committee led by the former Head of State, Abdulsalami Abubakar.

The chairman of the committee, the former Head of State, Abubakar who joined…