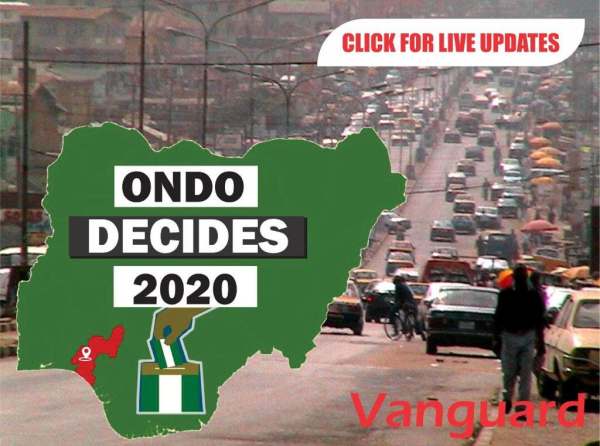 The report which was made available to Vanguard by the Political Communication Advisor, Eagle Badger Consulting, Mikka Erem, indicated that respondents on the side of the Governor were going for him because of two basic issues infrastructural development and continuity.

Those for the Peoples Democratic Party’s candidate, Eitasyo Jegede, said will go for him because he promised a reduction of school fees and the creation of jobs.

While the two main priorities for Dep. Gov. Alfred Agboola Ajayi’s supporters were the reduction of school fees and access to affordable healthcare.

The report reads in part, “Scheduled to take place on the 10th of October 2020, the Ondo State Governorship election is one of a handful of out-of-cycle…