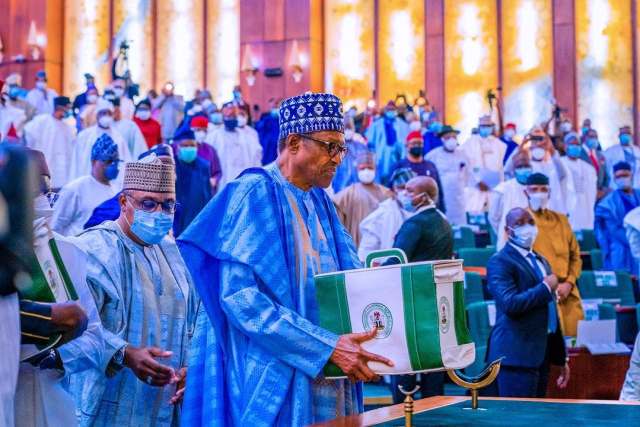 In a budget of few surprises tagged a “Budget of Economic Recovery and Resilience”, the Ministry of Defence, more than four years in a row has taken the lead with a proposed allocation of N840billion, while Police and Education got N441.39billion and N554.10billion respectively.

The President in his presentation speech, said the earmark for education ministry, represented a sixty percent increase from the 2020 budget.

Besides, the President warned lawmakers against including projects in the budget that would be difficult to implement.

“Let me re-emphasize that Nigerians expect that the 2021 budget, will contain only implementable and critical projects, which when completed, will significantly address current structural challenges of the economy”, he stated in his concluding remarks on the budget.

The President, however, commended the National Assembly for its…