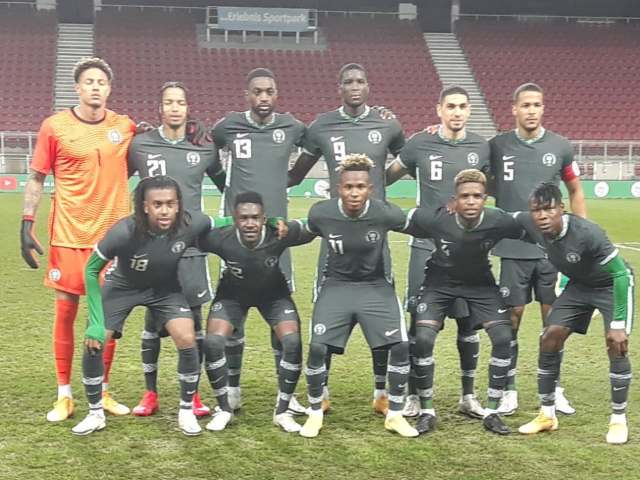 The Desert foxes of Algeria came out victorious against the Super Eagles of Nigeria as they secured a 1-0 win in Friday’s international friendly in Austria.

An early goal from defender Bensebaini Rami secured the win for Algeria.

Algeria went close on 3rd minutes from a dangerous cross from the left but Zaidu Sanusi cleared for a corner. The Foxes’ positive start eventually paid off as they opened the scoring in the 6th minute through Rami.

Rami reacted quickest off his header which came off his own player from a corner-kick to slam into the net.

Goalkeeper Okoye was called into action in the 20th minute as he got down well to stop a low shot from Brentford winger Said Benrahma.

The Eagles had their first chance of the game through Alex Iwobi who drove toward the Algerian area only to hit his shot just wide of the target.

In the half-hour mark, Samuel Kalu…