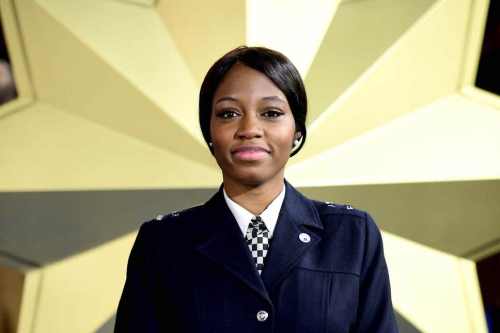 As the EndSARS protest rages on, ex-Big Brother Nigeria housemate, Khafi Kareem has offered to assist the Nigeria Police Force with her over 10 years experience of policing abroad to see an end to the incessant killings of innocent Nigerians by the Special Anti-Robbery Squad (SARS) unit under the Force Criminal Investigation and Intelligence Department.

Khafi, a Metropolitan Police Officer in the United States, who appeared on the Nigerian version of Big Brother made her offer known on Saturday while reacting to President Muhammadu Buhari’s address to EndSARS protesters.

The President had on Saturday addressed angry protesters across the country who are demanding for the dissolution of SARS following the alleged harassment and extrajudicial killings of citizens by its officers.

In his address, Buhari called for calm, promising the reformation of the entire force to end police brutality.#EndSARS: Ex-BBNaija housemate, Khafi offers to assist NPF with…