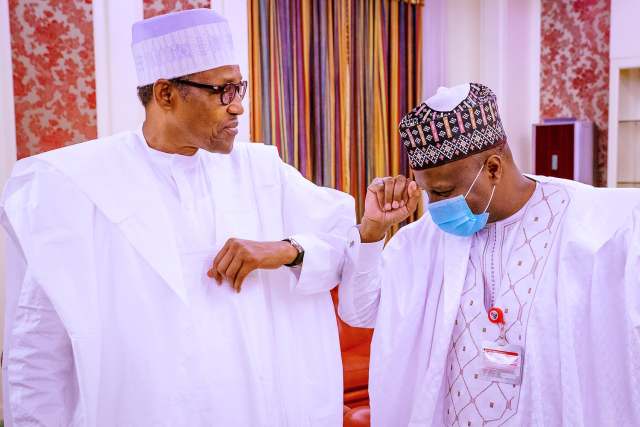 Gombe State Governor, Inuwa Yahaya, yesterday, at a closed-door with President Muhammadu Buhari, appealed to him to prevail on the Nigerian National Petroleum Corporation, NNPC, and the Department of Petroleum Resources, DPR, to begin oil and gas exploration in the Gongola basin.

The Governor also urged the President to come to the aid of the state in order to resettle the Internally Displaced Persons, IDPs, as a result of the Boko Haram onslaught and the ravaging flood that has affected two local government areas in the state, displacing people and creating gully erosion.

Speaking with State House correspondents after the meeting, Governor Yahaya said that oil and gas exploration in the area would trigger economic activities and create jobs for the states in the region.

According to him, “With the discovery of oil and gas in Gombe and Bauchi states, and specifically, in the whole of Gongola Basin, we seek to get the support or the federal government,…