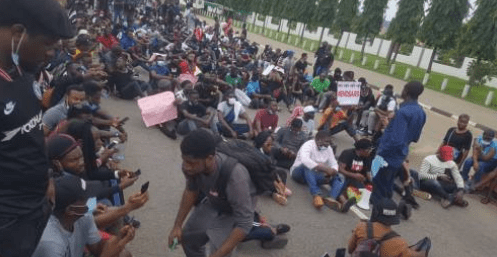 Renewed protests against SARS had erupted a week ago after a video went viral, showing a man allegedly gunned down in Delta State by operatives of the police unit. Nigerians yesterday continued the nationwide #EndSARS protest march in defiance of an appeal for calm by Buhari on Friday.

In Ogbomosho, Oyo State, one Jimoh Isiaka, who was reportedly shot later died at Bowen University…