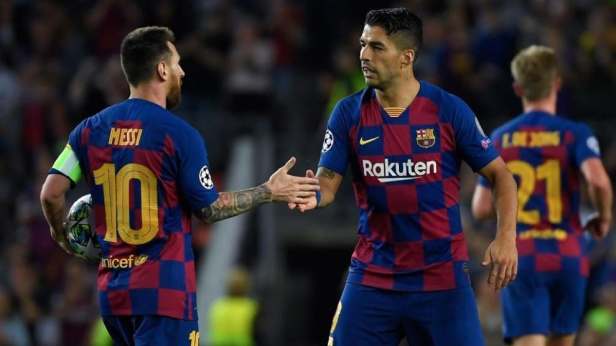 Lionel Messi can be convinced to stay at FC Barcelona beyond this season, in spite of interest from Manchester City, his former teammate Luis Suarez says.

The Barca captain tried to force his way out of the club in the close season, but he later agreed to stay until his contract ends in June 2021.

The 33-year-old Argentina forward revealed his frustrations with the club’s board and a lack of planning, but said he would give his all this season.

Messi, FC Barcelona’s all-time top goalscorer, is free to negotiate with other clubs from January, including Pep Guardiola’s Manchester City, who are interested in luring him to Manchester.

“Maybe there’s the possibility of him playing for another club, but if he feels comfortable and happy, and a new board comes in, he will want to stay at the club,” Atletico Madrid striker Suarez said.

“As a friend, I will be happy if things go well for him (at…