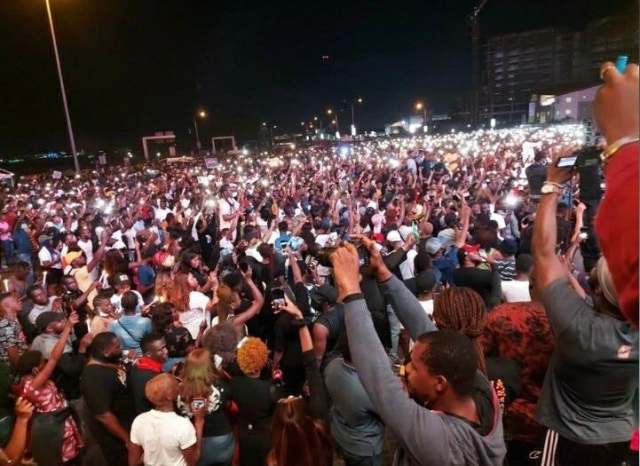 Irked by the unprofessional conduct of the operatives of Special Anti-Robbery Squad, SARS, already dissolved by the Inspector General of Police, Mohammed Adamu, Nigerian youths have consistently protested for ten days, seeking for an end to Police brutality against Nigerians.

The protest has been brought down to Apo junction, a road linking Festac, Mile 2, and Ago together. Protesters were seen using tyres, broken sticks and their cars to block the road.

Singing and dancing as DJ plays different Nigerian songs, protesters took charge of the road, preventing motorists from accessing it and directing ‘Okada’ motorcyclists where to follow.

Many motorists were seen turning back, looking for other alternative roads, while Okada men were ordered off their motorcycle, and made to push it with their hands to avoid hitting protesters.

All rights reserved. This material and any other digital content on…