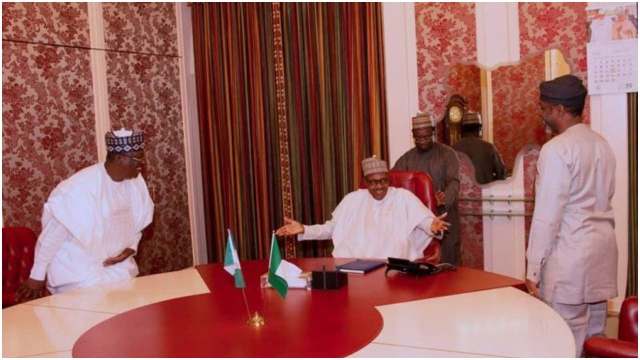 President Muhammadu Buhari on Sunday was reported to have been in a meeting with the Senate President, Ahmad Lawan and the Speaker House of Representatives, Femi Gbajabiamila.

This was revealed in a tweet by Bashir Ahmad, the Special Assistant to the President on New Media.

After the meeting, the NASS representatives, Lawan and Gbajabiamila, “appealed to Nigerian youth to end the #EndPoliceBrutality protests across the country as the government heard and accepted their genuine demands and working to address all of them.”

Speaking, the Senate President, Lawan said; “Since the issues [raised by the protesters] have been accepted [by the government] the time has come for the protests to…