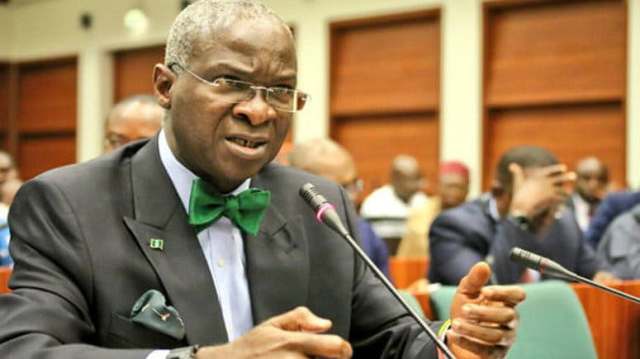 Mr Babatunde Fashola, Minister of Works and Housing, has directed the reopening of both Eko and Marina Bridges to traffic in Lagos on Monday.

Fashola gave the directive as the ministry was expected to have concluded the first phase of repair works on the bridges in Lagos by mid-night on Sunday.

Mrs Blade Akinola, the ministry’s Spokesperson, said in a statement that the reopening followed the report by the contractor, Messrs Buildwell Plant &
Equipment Industries Limited, that the repair works on the First Phase was 100 per cent completed.

In his directives for the reopening of the Bridges, Fashola thanked Lagosians for their patience, understanding and cooperation while sections of the Bridges were closed.

He also directed that members of the public should be informed of any restrictions to traffic while work is ongoing on the Second Phase of the project.

The minister added that while the completed section of the Eko Bridge (Lagos Island
Bound) should be reopened to traffic,…