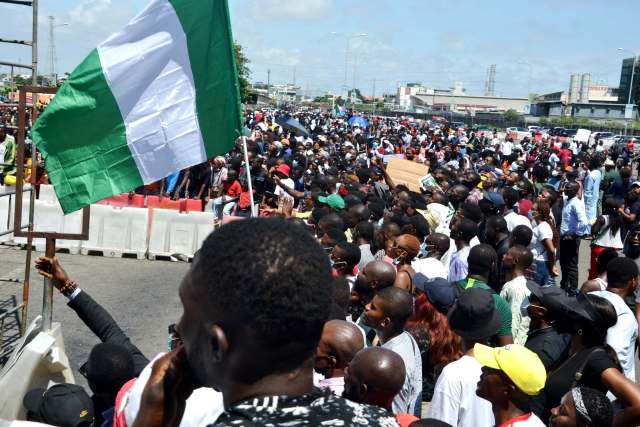 The Peoples Democratic Party, PDP, Wednesday, charged the President Muhammadu Buhari-led government to take responsibility for the shooting and reported killing of peaceful and unarmed young protesters allegedly by military operatives at Lekki Toll Gate in Lagos on Tuesday night.

The PDP in a statement issued by its spokesman, Kola Ologbondiyan, said the burden of responsibility for the tragedy lies with President Buhari as “Commander-in-Chief of the armed forces and the buck stops on his table.”

“Our party is shocked at President Buhari stance, particularly his inability to demonstrate the capacity for concerned, attentive and proactive governance and command structure, while the nation he presides over dangerously slides into anarchy,” the statement read in part.

According to the major opposition country in the land, “a well-structured governance response from Mr. President,…