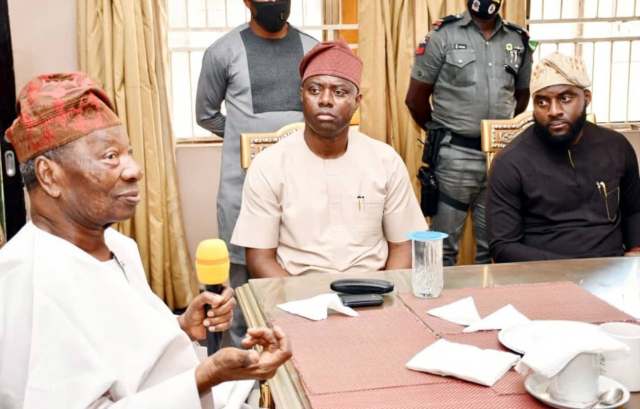 The Soun of Ogbomosoland, Oba Jimoh Oyewumi Ajagungbade III, has denied the content of a letter purportedly authorised by him, which rejected the financial contribution of the Governor Seyi Makinde of Oyo State in the planned renovation of the monarch’s palace vandalised by hoodlums during the #EndSARS protest on October 10.

The Soun, who spoke with the Chief Press Secretary to Governor Seyi Makinde, Taiwo Adisa, said that he did not authorise the said letter in circulation.

Adisa disclosed to Governor’s Office correspondents, quoting the monarch: “If your boss sees any such letter, he should ignore it, because I didn’t ask anyone to…