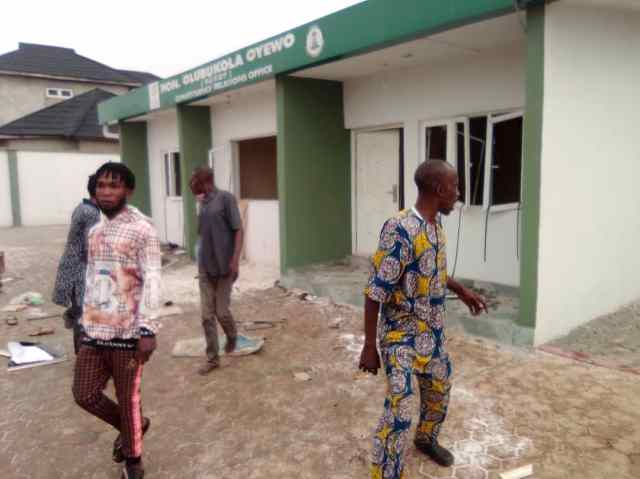 Hoodlums in Osun State on Saturday, went berserk moving round some communities been breaking into government and private property looting valuables.

The hoodlums were brandishing different types of weapons including guns, cutlasses, axes, and clubs scaring away residents while the looting lasted.

The looting spree which commenced around 8 am was witnessed in Osogbo, the state capital, Ikirun, Ede, Ilobu, and Iwo, where Local Government Secretariats and individuals homes were vandalised and looted.

Iwo, Olorunda, Irepodun local government Secretariats were vandalised and looted while there was no presence of security personnel, except for a few Military personnel, who were overwhelmed by the hoodlums.

In Osogbo, the hoodlums having looted the Olorunda local government Secretariat headed to Tuns International Farms along Ikirun road where the offices were vandalised before heading to the House of the Senate Spokesperson, Ajibola Basiri at the…