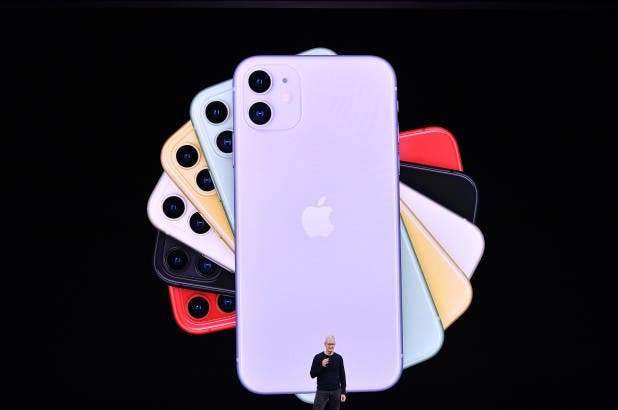 Apple shares were sent reeling Thursday on word of a steep drop in sales of iPhones, which are at the heart of the tech titan’s money-making engine.

Apple profit fell 7 per cent to $12.7 billion in the recently ended quarter, the Silicon Valley-based colossus said in its earnings release.

The California tech giant’s total revenue edged up from last year’s level to $64.7 billion in the fiscal fourth quarter, but revenue from iPhone sales — the major income driver for Apple — slid some 20 per cent from a year ago, unsettling investors.

The company’s share price nosedived more than four per cent in after-hours trading.

“iPhone is the cash cow and the driver of pretty much every add-on service Apple has out there,” said analyst Patrick Moorhead of Moor Insights and Strategy.

“Everything is tied to that.”

Apple has made a priority of selling apps, games, subscriptions and music to iPhone users in recent years to break its dependence on handset sales.