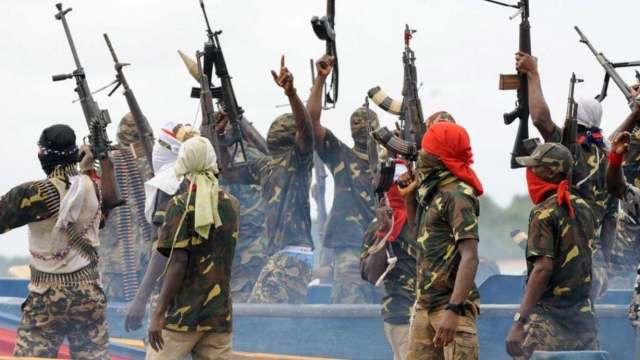 A coalition of militants in Niger Delta under the auspices of Reformed Niger Delta Avengers, RNDA,yesterday, warned governors of the nine states in the oil-rich region to steer clear of the 13 per cent derivation fund or face consequences, which may lead to destruction of oil facilities in the creek.

The militants cautioned: “Any  attempt by Niger- Delta governors to fight the Presidency over our demand and that of oil communities that 13 per cent derivation funds should not be paid through them, we will declare war against them because enough is enough of this man-made…