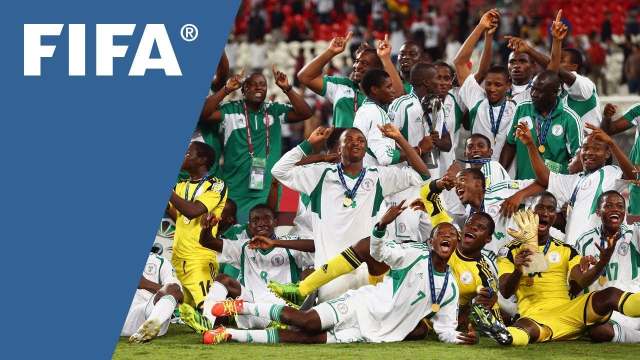 They were the back-to-back tournaments that catapulted Nigeria above Brazil and into the throne as the record five-time FIFA U-17 World Cup™ winners.

At UAE 2013, the Golden Eaglets averaged a staggering 3.7 goals per game en route to their fourth crown, before 3.3 per game propelled them to its defence at Chile 2015.

On the fifth anniversary of the latter’s final in Vina del Mar, we look at what five members of those prodigious classes have gone on to achieve.

The Taye Academy starlet struck four goals in Nigeria’s curtain-raising 6-1 win over Mexico, and was on target against the same opponents in a 3-0 victory in the UAE 2013 final. He finished UAE 2013 with six goals, seven assists, the adidas Silver Boot and adidas Golden Ball.

Iheanacho’s performances by the Arabian Peninsula left a who’s who of European giants vying for his signature. Manchester City seized it, but the striker found playing time tough to come by due to the…