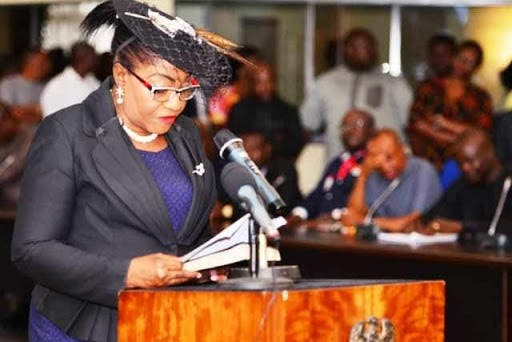 ENIONG Abatim community in Odukpani Local Government Area of Cross River State has insisted on the confirmation of Justice Akon Ikpeme as the Chief Judge of the state because the delay in confirming her is setting dangerous precedence in legal and political parlance.

Speaking to Vanguard at the weekend after a meeting of the Eniong Abatim Community Meeting, Elder David Okon, President of the Association said the continuous swearing-in of acting Chief Judges in the state by Senator Ben Ayade, governor of the state is not the solution to the legal stalemate but the confirmation of Justice Ikpeme as recommended by the National Judicial Commission.

“We have witnessed the dramatic intrigue surrounding the confirmation of Justice Akon Ikpeme as the Chief Judge of Cross River State since March 3rd 2020, and wish to state that what is going on is jeopardising the legal efficiency and political unity of the state, we, therefore, call for her confirmation…