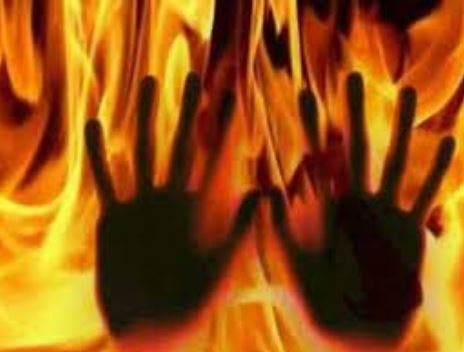 The Police Command in Benue, on Sunday, said that a middle-aged man, simply identified as Nicodemus, has set himself and his girlfriend ablaze in Makurdi.

The command’s Spokesperson, DSP Catherine Anene, told the News Agency of Nigeria (NAN) in Makurdi that Nicodemus died on the spot, while the girlfriend, also identified as Shiminenge, died later at the Benue State Teaching Hospital, Makurdi.

Anene explained that Nicodemus committed the act at his girlfriend’s residence on Inkipi Street, High-Level area of Makurdi on Saturday evening.

She said that an argument had ensued between them, adding, however, that the cause of the argument was unknown.

She said that Nicodemus had locked himself and the lady in her room before setting the room ablaze.

“According to an eyewitness, there was an argument between them which we are yet to find out.

“We understand that Nicodemus, while coming to Shiminenge’s house, came along with fuel.

“He used the fuel to set himself and the…