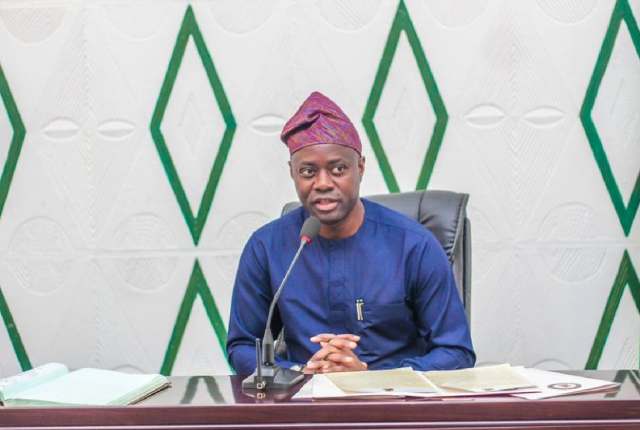 In his bid to ensure a safe, secured urban and rural communities in Oyo State, Governor Seyi Makinde, on Wednesday, said the state’s Security Network Agency code named: “Ameotekun Corps” will serve as a local response, which would enhance a peaceful and stable society that will lead to the socio-economic development of the state.

The governor made this known at the passing-out ceremony of Oyo pioneer Amotekun Corps, held at the Emmanuel Alayande College of Education Sports Complex, Main Campus, Oyo.

Makinde noted that security has always been an issue and why it was made one of the pillars of his administration, adding that an insecure state could never attract investors either local or foreign.

Speaking further, Governor Makinde, however, hinted that the 2021 budget which has been perfected and concluded at the State Executive Council level would be presented to the state’s House of Assembly next week Monday.

His words: “When the…