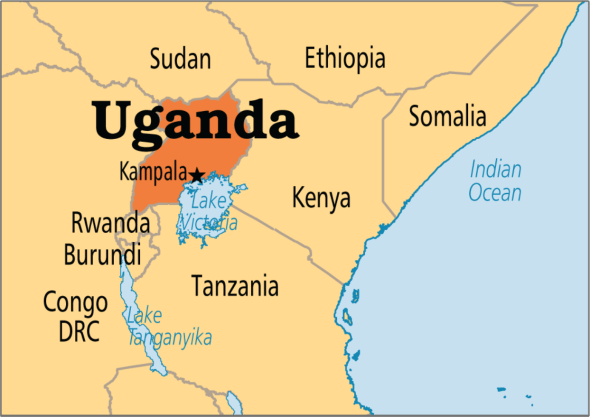 Security forces fanned out across the Ugandan capital on Thursday, firing teargas and rubber bullets at pockets of protesters angered by the arrest of presidential candidate Bobi Wine, on the second day of clashes that have already left seven dead.

Youths set up roadblocks on key roads and lit fires before being dispersed by police, an AFP journalist saw, as popstar-turned-presidential candidate Bobi Wine was detained for a second day.

The singer, whose real name is Robert Kyagulanyi, was detained on Wednesday for allegedly violating coronavirus measures at his rallies, over the large crowds attending.

The popular politician’s latest arrest unleashed deadly clashes, prompting UN and US appeals for calm ahead of the January 14 elections.

“So far the dead are seven, as from late last evening. Those injured are 45,” police spokesman Fred Enanga told AFP on Thursday.