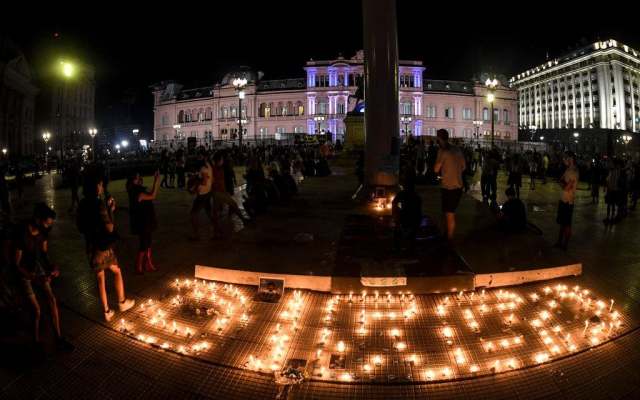 Diego Maradona’s body was taken on Thursday to the Casa Rosada, the headquarters of Argentina’s federal government, with big crowds of people turning up to pay their respects.

According to TV broadcasters TyC and ESPN, Maradona’s body arrived at the Casa Rosada around 5 am local time (0800 GMT). During the night a private ceremony was held for family and friends.

Members of the public were able to attend from 6 am to 4 pm. But many of them arrived at Plaza de Mayo, in front of the Casa Rosada, hours before to sing loudly in honour of the Argentina football great who died on Wednesday aged 60.

Around 30 minutes before the doors were due to open, a huge crowd was already lined up and a strong police presence was on hand.

Minor trouble was reported at the…