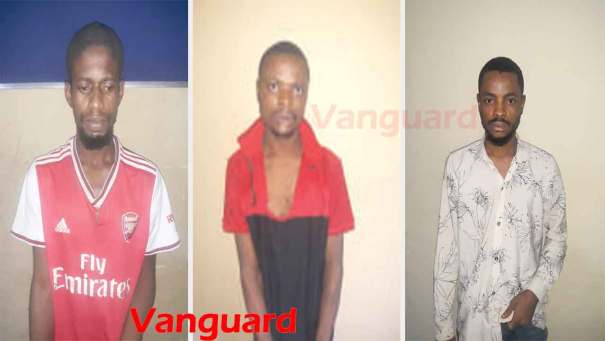 Residents of Rumuodogbo community in Emohua Local Government Area of Rivers State can now sleep with their eyes closed, as operatives of the Force Intelligence Response Team, IRT, have arrested three members of a notorious kidnap gang terrorizing the community and Port Harcourt city.

Vanguard gathered that the suspects, Uzoma Amandi, Uburize Omesi and Onyekachi Amadi, who were also identified as members of the notorious Icelander cult group, terrorizing residents of Rivers state and its environ in recent time, were arrested after they killed and beheaded five members of a local vigilante outfit, known as OSPAC and displayed their corpses on the social media.

It was gathered that members of the gang who operated with two pump action guns and an AK-47 rifle loaded with four magazines and 120 rounds of live ammunition, usually kidnapped their victims from Port Harcourt city and took them to their camps in Chuba area of the state, where they would be…