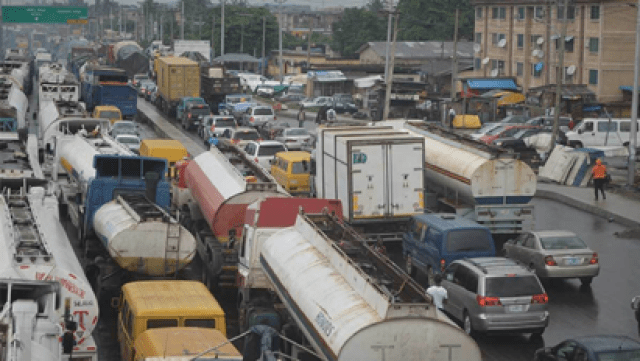 Maritime Workers Union of Nigeria, MWUN, has directed members nationwide to shut ports operations and begin a three-day warning strike from Monday, December 7, to protest the total take over of the Apapa-Oshodi Expressway by heavy-duty trucks, inflicting untold hardship to other road users.

The Union is specifically disenchanted by the deplorable state of the access roads to the Apapa and Tin Can Island ports which have claimed several lives and caused incalculable man-hour loss among other dangers as a result of unending gridlock.

The three-day warning strike by Maritime workers is one of the resolutions of the Union’s National Executive Council, NEC, meeting held in Lagos State.

A communique issued at the end of the meeting, by the President-General and Secretary-General of the Union, Prince Adeyanju Adewale and Felix Akingboye, respectively, among others, said “the National Executive Council, NEC,  in-session wishes to…