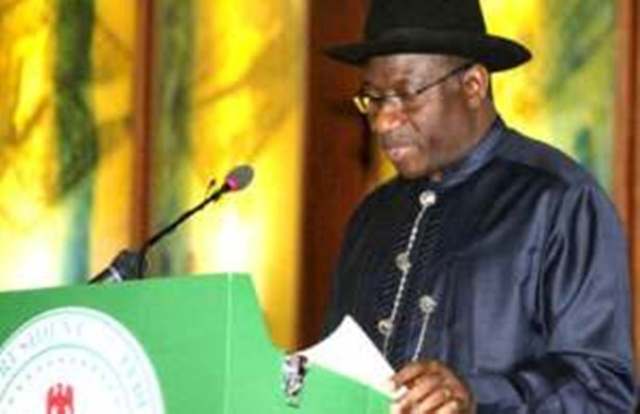 Former President Goodluck Jonathan has urged Nigerians to support the government’s fight against insecurity in order to collectively tackle the menace.

Jonathan made the call on Friday in Abuja during the exclusive command performance by the Commonwealth Community Choir.

The choir, also known as the Port-Harcourt Male Ensemble International, was tagged ‘Peace for All Nations.

The News Agency of Nigeria (NAN) reports that the event was hosted by the Minister of Foreign Affairs, Geoffrey Onyeama.

The former president said insecurity was a global phenomenon that was not peculiar to Nigeria due to the excesses of terrorists across the world.

“I was there before and of course, you know there is a lot of insecurity. All what we can do is to collectively support the government, encourage the soldiers and other security operatives to do more for our safety,” Jonathan said.

The former president said unity and peace must be collectively upheld by all especially the youth, adding…