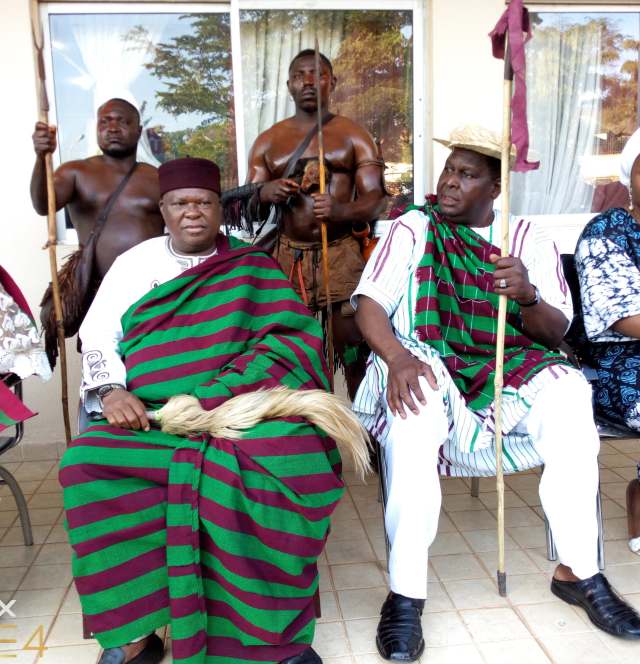 After we finished lunch with Otunba Runsewe at the Old Government House, he went into an inner room and emerged wearing a stunning attire. “Otunba, this is the costume of warriors!” I exclaimed.

“Yes, you’re right,” he said, brushing past us with the long spear in his right hand as if he was going to attend to a battle at hand.

We all followed him outside. The tyres of the vehicles in the convoy screeched off to the main road and headed towards the Palace. We were going to attend the next item on the week-long program of events of the 33rd edition of NAFEST – “Cultural splendour with the Gbong Gwom Jos”.

We drove into the Palace – a sprawling opulence – where we were immediately besieged by a troupe of cultural music welcoming us. Soon, traditional dances from other states began to arrive – those from Kwara, Taraba, Kebbi, Nasarawa, Ekiti, Bayelsa, Rivers and others states. But the most captivating of all the groups was the Ngighngigh Dance…