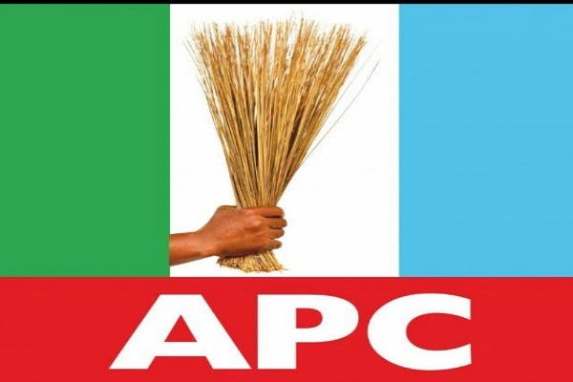 Members of the All Progressives Congress, APC, have protested the result of last Saturday’s bye-election for Isi-Uzo House of Assembly in Enugu state where Mrs Amaka Ugwueze of the Peoples Democratic Party, PDP, was declared winner by the Independent National Electoral Commission, INEC.

Dissatisfied by the INEC declaration, members of the APC from the state constituency, on Monday, stormed the INEC office in Enugu, asking for reversal of the result.

The protesters carried placards with inscriptions such as: ‘PDP used neighbourhood watches with guns on our voters,’ ‘APC rejects result of Isi-Uzo state House of Assembly election, “We demand review of INEC result for Isi-Uzo by-election,’ ‘INEC ad-hoc staff were bribed and collaborated with PDP to rig the votes,’ ‘Isi-Uzo bye-election was marred with irregularities, thuggery and rigging by PDP.’

Speaking to newsmen in front of the INEC office, the APC candidate for the election, Engr. Ejiofor…