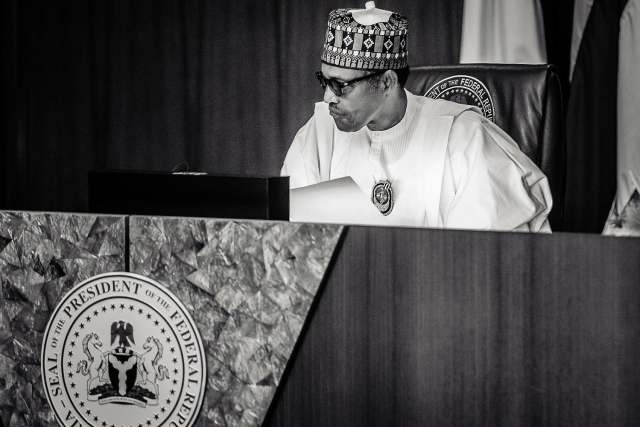 …Charges Govs to work with traditional rulers for local intelligence

PRESIDENT Muhammadu Buhari Tuesday, told 36 governors that the Federal Government was looking into reopening the nation’s borders as soon as possible.

President Buhari, who stated this in a meeting with the state governors on the issue of security, charged them to work more with traditional rulers and community members to improve local intelligence gathering that will aid the work of security agencies.

The President, who listened to presentations by a governor from each of the six geo-political zones on their specific security challenges, recalled that in the old order communities identified new comers and passed information to constituted authority.

According to him, “The sub-region is no longer safe, more so with the collapse of the former Libyan leader, Muammar Gaddafi’s regime and the cross border movement of weapons and criminals.

“Governors must work with traditional…