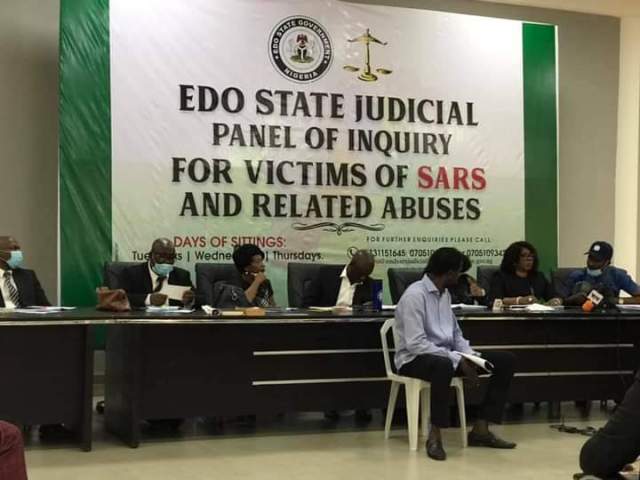 …As Tempers, nerves fray at Edo Panel over medical report of petitioner

EDO State Judicial Panel of Inquiry for victims of SARS and Related Abuses, has summoned two Chief Superintendents of Police, Messers Tope both of Ogida Division, Benin City, to appear before it on 17, December 2020 to explain their roles in the alleged assault and extortion of one Mrs. Patience Okundaye, aged, 61.

Mrs. Okundaye told the panel that some group of persons foiled an attempted attack on her son and added that one of the hoodlums was apprehended and handed over to the police.

She added that due to the negligence of the police, the suspect escaped with handcuffs while still in their custody.

She said, “On the 5 January 2019, some group of boys wanted to attack my son, but with the help of some youths in the area, they apprehended one of them and took him to the police station.

“But later, the police complained that the boy they arrested and brought before them has an…