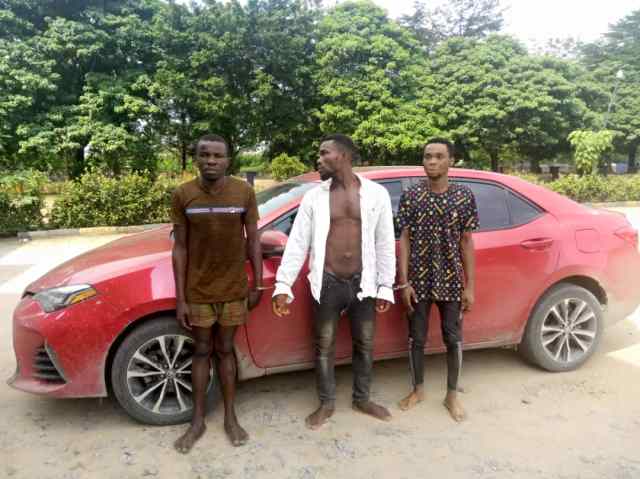 Vanguard learned that the operation which was spearheaded by Anti Kidnapping/Cultism Team ,AKCT tracked the gang from Calabar to Uyo in Akwa Ibom stare where they were apprehended after robbing thier victim in his house before taking his car.

Findings showed that they had already put up the car which is currently being sold between 7.5 million to 8 million naira for sale ,for just 1 million naira at a Car stand in Uyo Akwa Ibom state before the crack team apprehended 3 of the gang members.

Speaking with newsmen on Tuesday in Calabar ,the Cross River State Commisioner of Police , Abdulkadir Jimoh said they will never relent in giving criminals a run for thier money as the police was determined to rid the state of all forms of crime and…