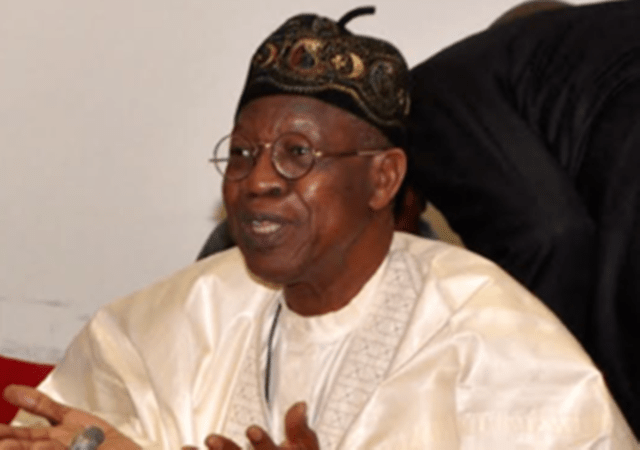 The Federal Executive Council has approved the sum of N1.1 billion for the expansion of the apron of Maiduguri airport and insurance cover for 22 airports across the country.

Minister of Information and Culture, Alhaji Lai Mohammed, made this known to State House correspondents at the end of the council’s meeting chaired by President Muhammadu Buhari in Abuja on Wednesday.

He said: “The first memo was a contract for the expansion of the apron of Maiduguri airport.

“This contract is worth N719,117,868.60. The expansion of the Maiduguri airport has become necessary because of the increased traffic at the airport that apron needs to be expanded to avoid aircraft being parked wing to wing and that might result in accidents.

“The second contract was for insurance and it was awarded to ensure assets such as terminal buildings in 22 airports belonging to the Federal Airports Authority of Nigeria in the sum of N390,055,687.45 and both memos were approved by…