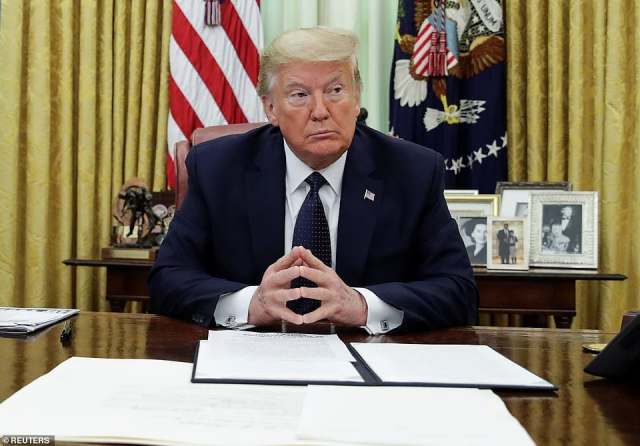 Donald Trump’s childhood home in New York — already sold twice since 2016 — is back on the market.

But this time, the real estate agency is appealing directly to the president’s fans to buy the house for the unprecedented price of $3 million and offer it to Trump as a gift.

The agency, Paramount Realty, on Tuesday, launched a fundraiser on the crowdfunding site GoFundMe, calling on Trump fans to contribute towards the goal of reaching $3 million.

If the money is raised, the house will be given to the outgoing president.

The agency had recently tried to sell the house, located in the affluent Jamaica Estates neighborhood in New York’s Queens borough, for $3 million at classic auctions, but without success.

But then they came up with the crowdfunding strategy, which has “never been done before,” Paramount real estate agent Misha Haghani told AFP.

“It is more likely that one million people who love Trump would each give three dollars, rather than a wealthy…