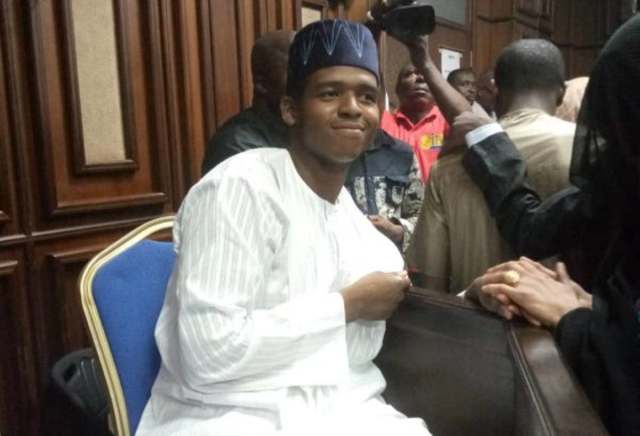 Faisal, son of the former Chairman of the defunct Pension Reform Taskforce Team, Abdulrasheed Maina, who was declared wanted by the Federal High Court in Abuja, has been arrested.

The Economic and Financial Crimes Commission, EFCC, confirmed to the court on Thursday that the 21-year-old Faisal, who jumped bail since June 24, was apprehended by security operatives on Wednesday night.

Faisal is facing a three-count money laundering charge the anti-graft agency preferred against him.

Trial Justice Okon Abang had in a ruling on November 24, revoked his bail, even as he issued bench warrant for security agencies to arrest him wherever he is found.

The court equally summoned the member representing Kaura-Namoda Federal Constituency, Umar Dan-Galadima, who stood surety for the Defendant, to show cause why he should not be remanded in custody or made to forfeit N60million bail bond on the head of the Defendant, to the Federal…

Four police killed in battle with bandits, one missing — Police