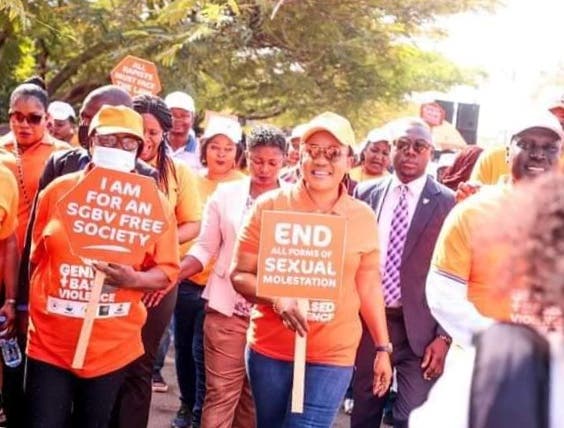 As part of activities to mark the closing ceremony of the year 2020 #16daysofactivism against Gender-Based Violence, GBV, the First Lady of Benue State Dr Eunice Ortom Thursday led participants in an awareness walk in Makurdi, the Benue State capital.

The First Lady led participants through major streets of the town terminated the walk at Benue Hotels where a dissemination meeting was held.

Speaking at the dissemination meeting, Mrs Ortom cautioned that the people must not take the end of the #16daysofactivism period as the end of the fight against GBV.

She said, “This is rather the time to build on the observations and experiences of the period in order to be more determined and committed to ending GBV in Benue State.”

The meeting evaluated and analysed activities of the last 16 days as well as deliberated on suggestions aimed at seeking effective ways of curbing GBV.

Participants at the events included the…