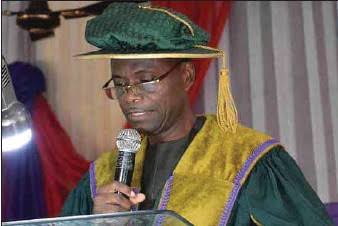 The Pro Chancellor and founder of Achievers University, Owo, Ondo state, Dr Bode Ayorinde has advocated for the establishment of an industry in each of the senatorial districts across the country as panacea to tackle the spate of unemployment in the country.

Ayorinde, a former House of Representative member said this at the 13th Anniversary lecture of the university entitled ” Challenges of Re-inventing Quality University education in Nigeria”.

According to him the industries when established would absorbed the high number of graduate being churned out on yearly basis in the nations tertiary institutions.

Ayorinde lamented that thousands of graduates are leaving tertiary institutions across the country yearly without employment.

” Let’s first industrialized Nigeria, then unemployment would be curtailed.