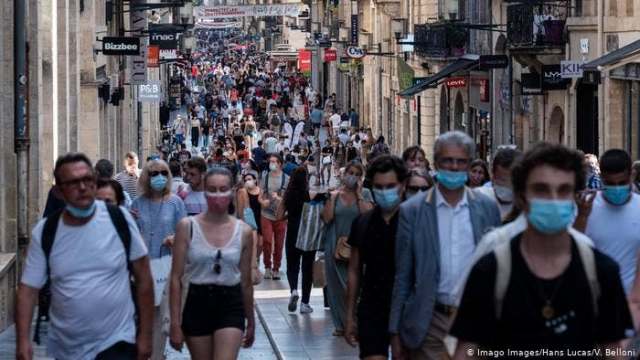 Once again, Germany has reached grim new heights in the coronavirus pandemic, as the country eases into a weeks-long lockdown designed to bring down persistently high infection numbers.

The nation’s Robert Koch Institute (RKI) for disease control on Friday recorded 33,777 new cases confirmed over the past 24 hours.

This was officially the first time that Germany has had a daily surge in excess of 30,000.

However, Friday’s figures included 3,500 additional cases from the south-western state of Baden-Wuerttemberg, which were not counted the previous day for technical reasons.

Minus the late reports, 30,277 new infections were reported – and in fact, the 30,000 mark should have already been surpassed for the first time on Thursday.

The number of deaths reported on Friday was 813, the second-highest toll since the pandemic began.

The RKI has so far counted over 1.4 million cases of coronavirus infection in Germany, including almost 25,000 deaths.