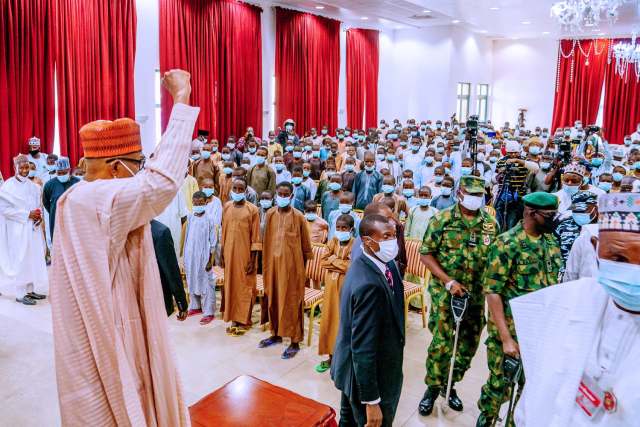 The Northern Governors’ Forum (NGF) has applauded the Federal Government, Katsina state government and the security agencies over the release of the abducted students of Government Secondary School, Kankara in Katsina state

The chairman of the forum and governor of Plateau, Mr Simon Lalong, made the commendation in a statement on Friday in Jos.

According to Lalong, the release of the students would comfort their parents and further build the confidence of Nigerians on government’s fight against insecurity.

“The NGF has welcomed with excitement the release of the abducted students of Government Science School Kankara, Katsina State.

“We commend President Muhammadu Buhari, Gov. Aminu Masari, security agencies, community leaders and all stakeholders who contributed in making sure the school boys were released unharmed.

“The release of the students will…