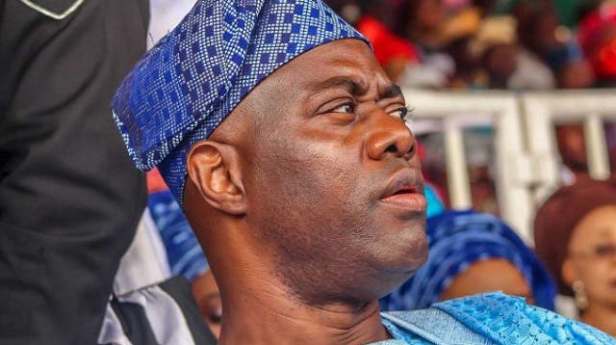 The Peoples Democratic Party (PDP) in Ekiti State has chided the Governor of Oyo state, Seyi Makinde, for mocking the immediate-past Governor of Ekiti state, Ayodele Fayose, by what it called his politically motivated trial by the Economic and Financial Crimes Commission (EFCC).

In a statement on Saturday, by the state’s Publicity Secretary of the party,  Raphael Adeyanju, the Ekiti State PDP advised the Oyo State governor to display maturity expected from somebody occupying his exalted office and rise above childishness and pettiness.

The party said: “It is rather unfortunate that someone like Governor Makinde, who was never a stable member of the PDP could use EFCC trial to mock Fayose, who was one of the last men standing for the party after it lost power in 2015.

“We would have ignored his display of political childishness and pettiness, but by choosing to mock Fayose, who is only being persecuted for standing firmly by the PDP in its hours of…