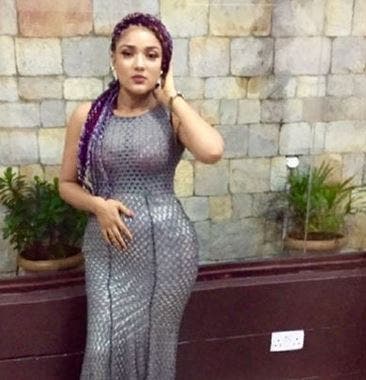 Going by recent happenings on social media, it seems the beef between former lovebirds, BBNaija’s Gifty Powers and singer Mr. 2Kay is far from over.

The Reality TV star recently threw shade at her baby daddy, Mr. 2Kay after the latter celebrated their child on her birthday.

The singer had taken to Instagram to post a lovely photo of their daughter, Alisha, as she turned three on Thursday, December 17. Mr. 2Kay also penned a beautiful birthday message to her.

He wrote: “Shine bright my diamond, Happy birthday to my beautiful, lovely & adorable daughter Queen A. May God Blessings & Grace continue to be with you all the days of ur life. Amen. #Alishais3”

The birthday wish obviously didn’t go down well with the former BBNaija housemate and she indirectly called him out on her Instastory. She wondered why someone would post her daughter’s photo on his page, claiming her as his. Gifty vowed to arrest anyone who pulls such a stunt with her daughter.