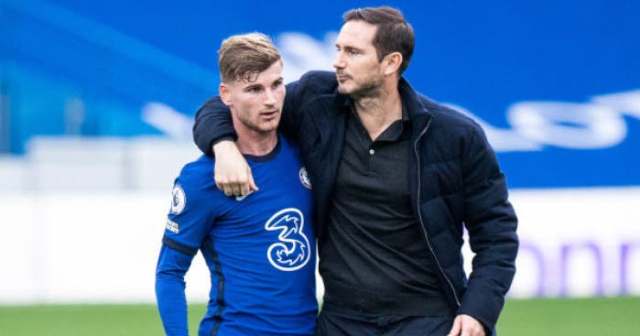 Chelsea manager Frank Lampard is confident Timo Werner will be back amongst the goals again despite enduring the joint longest goal drought of his career.

The 23-year-old — who cost Chelsea £53 million ($72 million) when they signed him from RB Leipzig in the summer — failed to score in the 3-0 win over West Ham on Monday taking his run without scoring to nine club games.

That equals the nine-match drought he experienced in club competition in September 2016, between spells at Stuttgart and RB Leipzig.

He has admitted to “struggling” in recent weeks, despite having impressed early on.

Lampard, though, thinks the games against out-of-sorts Arsenal on Saturday and Aston Villa on Monday could spark Werner back into goalscoring mode.

“I talk to him all the time but I don’t sense frustration,” said Lampard at Wednesday’s press conference.

“I think it’s clear that as a striker you want to be scoring regularly, as he has done in his…