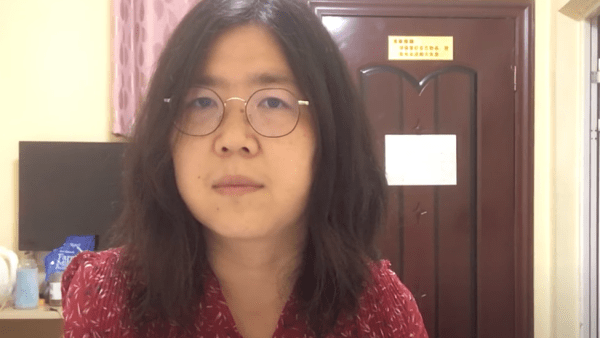 Frail and in a wheelchair from prolonged hunger strike, 37-year-old former lawyer Zhang Zhan issued a mostly silent rebuke to the Chinese legal system, before being jailed for publishing stories about the pandemic that China does not want to be told.

Zhang started reporting from Wuhan in February, questioning the lockdown of the city, access to virus testing and hospital capacity. Her videos also captured the aggression of Chinese authorities when confronted by a woman filming on her smartphone.

Her reports provided rare, unvarnished glimpses from the virus epicentre during the first months of the outbreak, in a country where sharing information unsanctioned by authorities is a perilous pursuit.

The coronavirus would soon seep across the world and blame would be heaped on China for failing to act early enough on it.