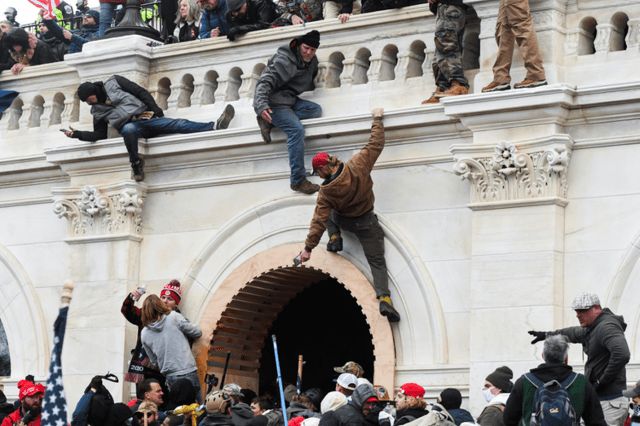 China’s internet erupted in mirth at America’s troubled democracy after supporters of President Donald Trump broke into the US Capitol, comparing the chaos to the Hong Kong anti-government protests of 2019.

The latter saw hardcore Trump fans invade the US Capitol to protest the election defeat, taking selfies, scuffling with security and ransacking parts of the building.

“@SpeakerPelosi once referred to the Hong Kong riots as ‘a beautiful sight to behold’,” the Global Times said in the tweet, referring to Speaker of the House Nancy Pelosi’s June 2019 comment about Hong Kong’s mass pro-democracy demonstrations, which were mostly peaceful at that time.