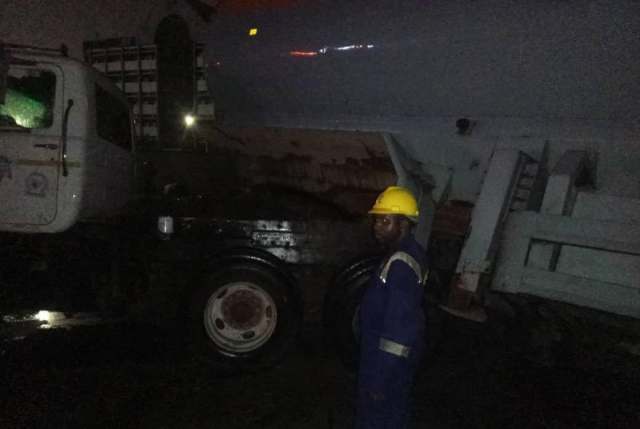 Several properties worth billions of naira were saved from being gutted by fire when the driver of a tanker conveying 55,000 litres of Premium Motor Spirit, PMS, while trying to negotiate a bend suddenly overturned and spilled its contents along Kirikri Road, Apapa, Lagos.

The incident which occured at about 2 am, Thursday, according to a source caused panic among residents and road users in the area as emergency responders battled to avert any possible outbreak of inferno.

At press time, emergency responders, including men of the Lagos State Emergency Management Agency, LSEMA, state fire service, police officers among others were collaborating to manage the scene due to the large number of stationary and parked vehicles within the vicinity.

Director General of LASEMA, Olufemi Oke-Osanyintolu, who confirmed the incident said, “Transloading of the content into another tanker is presently ongoing.