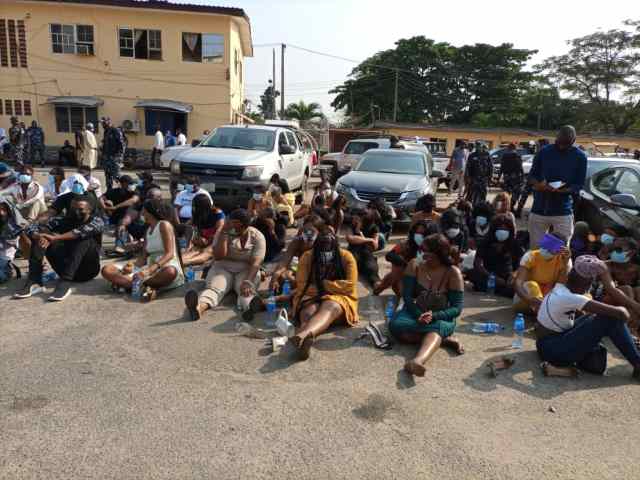 The command’s spokesman, CSP Olumuyiwa Adejobi, disclosed this in a statement in Lagos on Monday.

Adejobi stated that the suspects were arrested on January 10 in continuation of the command’s enforcement of the COVID-19 protocols.

According to him, the Commissioner of Police, Mr Hakeem Odumosu, has earlier ordered Area Commanders, Divisional Police Officers and Heads of Department to go after the violators of the protocols.

“Operatives attached to Maroko Division of the state went after the deviant clubbers and got them arrested in the club clustering and clubbing without any regard for the COVID-19 protocols,” Adejobi stated.

He stated that Odumosu had ordered that the suspects be moved to Task Force Office, Oshodi, for prosecution.

China exports spike to highest in decades after Covid-19 hit