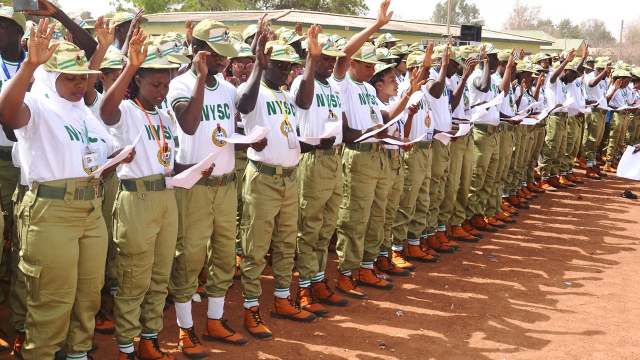 A female corps member, Chidimma Odume was almost lynched by residents of Abak Road, Uyo, Akwa Ibom State capital after she allegedly hacked her boyfriend to death on Sunday.

It was gathered that Chidimma Odume graduated from  University of Nigeria, Nsukka and is currently serving at Bureau of Political and Legislative Affairs, Uyo.

The corps member, who hails from Enugu State, was reportedly caught while trying to jump over the fence of the compound to escape after committing the act.

She was said to have been stripped naked and beaten to a pulp by the angry mob when the lifeless body of the unidentified man she had macheted to death was found in the apartment.

An eyewitness, Godwin George, said: “She macheted a young guy to death this morning, whom she went out with. She killed the young guy instantly after inflicting several cuts on his stomach and face; on trying to jump out from the fence she was…