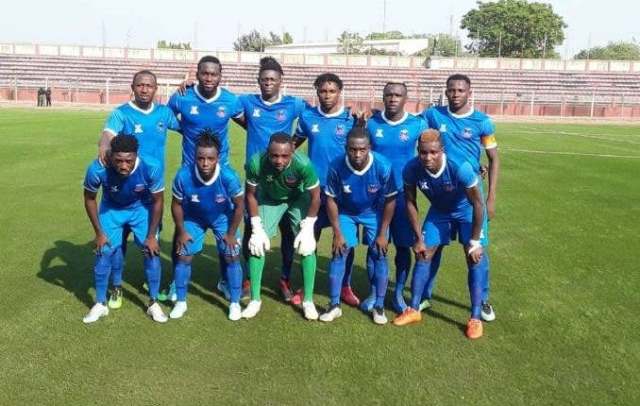 The Pride of Benue have now recorded a hundred per cent performance in their last two games. Ossy Martins gave Lobi the lead under the first minute of the game finishing up a through pass from match captain, Samuel Mathias.

Mathias doubled the lead for the hosts in the 64th minute as he placed his free-kick past Pwadadi Paul. Okonkwo Chinonso wrapped up the game with a long-range finish in the 90th minute. The win has pushed Coach Kabiru Dogo led the side to 4th on the log.

The encounter in Makurdi saw the return to familiar ground for Wolves Coach, Evans Ogenyi but its not the kind of homecoming he would have wished for.

Lobi Stars showed how serious they were as they broke the deadlock inside the first minute when Martins shot past Pwadadi from a Samuel Mathias through pass.