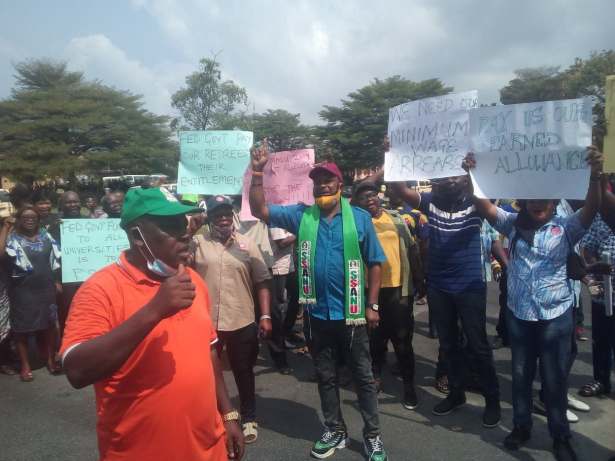 Non-academic staff on Tuesday in nationwide protests said universities in the country would not reopen unless the government do away with the controversial Integrated Personnel and Payroll Information System, IPPIS, address the issue of discriminatory disbursement of Earned Allowance, pay them arrears of the new minimum wage among other issues.

They also called for the sack of the Minister of Education, Malam Adamu Adamu and his counterpart in the Labour Ministry, Dr Chris Ngige, for supporting their academic colleagues to cheat them in the disbursement of the N40 billion released by the Federal Government as Earned Allowances for workers in the university system.

From Abuja, Ilorin, Lagos, Ibadan, Calabar and across the country, the workers, under the aegis of the Senior Staff…