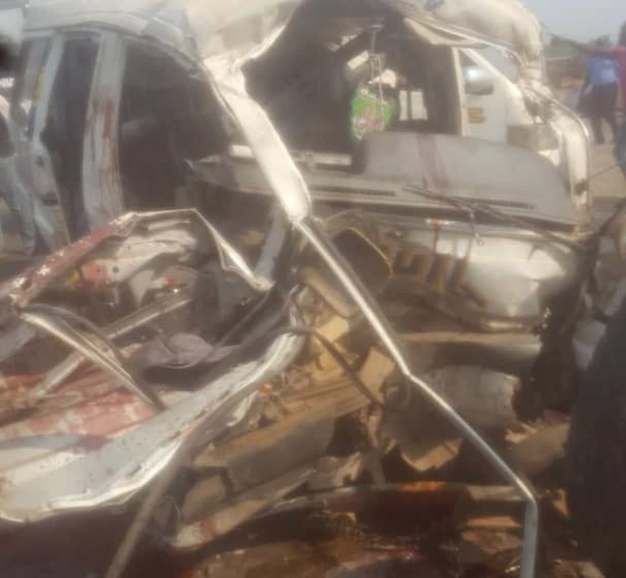 An accident involving a Mazda bus and a low bed truck has reportedly recorded five fatalities and injured 16 others, in Ogun State.

The incident was said to have occurred at about 3 pm, at Danliti, Mowe area, along Lagos/Ibadan Expressway, when the truck was making a U-Turn.

The casualties were fifteen adults and a toddler while the fatalities were the driver of the bus, his conductor and three other occupants of the bus.

The incident was said to have caused traffic gridlock in the axis which lasted for hours as many road users were stranded.

The adult victims were said to be taken to Users Private Hospital while a toddler was taken to Olabisi Onabanjo Teaching Hospital (OOUTH) for medical attention.

Also, the presumed dead were taken to Idera Private Morgue.