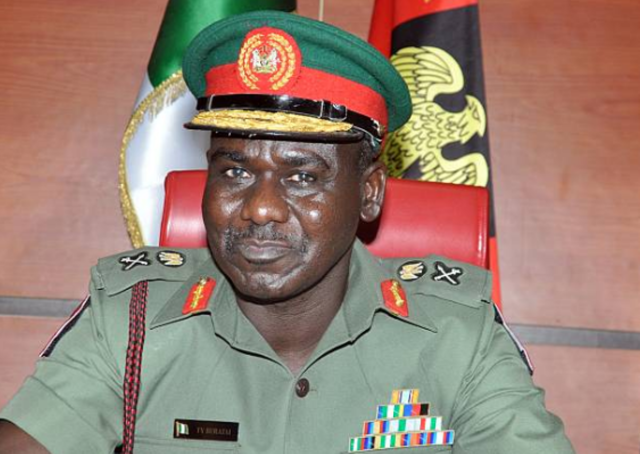 Chief of Army Staff Tukur Buratai has commended the Air Task Force of Operation Lafiya Dole for its success in dislodging Boko Haram terrorists in Marte area of Borno.

The Director, Army Public Relations, Brig.-Gen. Sagir Musa, disclosed this in a statement on Sunday in Abuja.

Musa said the air task force played a decisive role in the destruction of seven terrorists’ gun trucks during an attempted attack on troops’ location in the area on Saturday.

He said the troops of Operation Tura Takaibango successfully laid an ambush against the terrorists when they attempted to attack troops’ location at the outskirts of Marte.

According to him, the Air Task Force played a commendable role in the destruction of seven terrorists’ gun trucks and decimation of an unconfirmed number of the insurgents.

“The Chief of Army Staff hereby appreciates and commends the troops, especially the Air Task Force Operation Lafiya Dole for their heroic and patriotic actions…

A banking boost for the creative industry –